First held in 1896 to celebrate the passing of the Locomotives on the Highway act that lifted the British speed limit from 4mph to 14mph, the London to Brighton rally is the oldest automobile event in England and possibly the world. Celebrating the 120th anniversary of the original event the 2016 run sees participants cover 60 miles from Hyde Park in the capital to Madeira Drive in Brighton, the even is only open to cars the VSCC (Vintage Car Club) has certified as built before 1905. Despite the entry requirements and sometimes dicey late autumn weather there are often more than 400 entries that take anything from three to nine hours to complete the route. Bonhams have offered a veteran car sale since 2004, and more recently become the official London to Brighton auction and while this has been the most boutique of the Bonhams sales, they have been relatively successful and offer a large amount of motoring memorabilia alongside the motorcars. While most of these cars have a limited amount of power and are often mechanically idiosyncratic offering an experience rather than a simple ownership, they do offer the ultimate in experience and authenticity.

Just 13 cars are on offer at the 2018 London to Brighton sale and six of them have enormous appeal. Firstly and primarily for a sale that is all about pre 1904 automobiles is a 1894 Peugeot Type 5 that is believed to have been used on the Paris-Rouen in 1894, the first proper motor race ever held. The actual connection to the five Paris-Rouen Peugeots is lost to history but the car has superb provenance and is of the exact type and is accepted at every event. Its impossible to value a car like this but I would note that it has just 5HP and will be an acquired taste. For what it is worth, the estimate seems more than reasonable at £300 – 400k ($383 – 511k) and this car would be an excellent fit for the finest collections, after all there was only one first race. 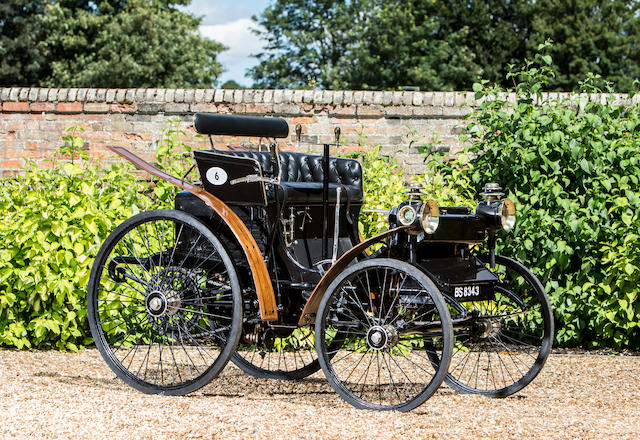 Another important car is the 1903 Darracq 24HP Model JJ Rear Entrance Tonneau estimated at £550 – 650k ($702 – 830k). One of two made, this example was delivered to Parisienne Mr Albert Arvengas who decided to follow the 1903 Paris-Madrid in it and kept large amounts of ephemera. Just two owners from new and ready for any use this large Darracq would be an excellent entry for any motoring event.