The Goodwood Revival is the third annual event on the Sussex, UK based circuit and one of the two that use the short Goodwood circuit. A 2.367 mile/3.809 km circuit in Lord Marches backyard, the circuit was well known in British racing circles during the 1950s and 60s with the semi annual TT and various non championship Formula 1 and 2 meetings. After nearly 30 years out of use, the success of the Festival of Speed lead to the revival of the Revival in 1998 and both the meeting and the coinciding events have gone from success to success. Bonhams have hosted sales in conjunction with the Revival since the start and have had plenty of success although the successes have been patchy due to a frequent lack of impetus from the organisers. Highlights have been the 2012 – 2014 sales which all grossed over $20 million while cars such as the Mercedes-Benz S-Type (2012), Alfa Romeo 8C/35 (2013) and Porsche 550RS (2016) have all been true stars. I am uncertain whether this year has the right cars for success but neither do I see it being a poor year.

Two collections of cars highlight this years Revival sale, the first a selection of three hypercars. Ferrari launched the hybrid assisted V12 LaFerrari to compete with the McLaren P1 and Porsche 918 and in doing so completed the trio of the worlds fastest supercars very nicely indeed. With almost 1000bhp, relatively lightweight and stunning looks the 499 examples were always going to sell out even at a MSRP of $1.5 million (£1.1 mil.) and went on to rave reviews from the auto media. For almost 18 months there was various rumours about an Aperta open top version of the LaFerrari and despite multiple denials, so it proved when the first of 210 cars was delivered, all of them pre-sold to a select group, including celebrity chef Gordon (f@#$%ing) Ramsay. Ferrari was concerned about brand damage from from speculators which reached its peak with the F40 in 1990 so the F50 was only leased to buyers although the contract did include provisions to take full ownership after a suitable period. By the time the Enzo came along, limited edition cars were big business for Ferrari so they began a system where anyone wanting a limited edition Ferrari had to retain ownership for 2 years or face excommunication although for whatever reason that didn’t stop Laferrari being advertised straight away, especially Arabian domiciled cars, whether real or not.

With deliveries only beginning in late 2016 the first batch of Aperta’ to come to market should be a few months away yet and the one and only sale so far has been one offered by Ferrari themselves at their RM Maranello sale in August 2017 which fetched $10.09 million so Bonhams have the pleasure of offering just the second to come to market. Who knows what the vendor wants for it but some context needs to be given to the $10 million sale since it was both for charity and a unique opportunity for someone that wasn’t on the list to get one of the 210 offered so would have received a major value boost. An unnamed Dubai collection is offering both this 2017 (how does that fit with the Ferrari sales ban?) LaFerrari Aperta but also a 2015 LaFerrari Coupe at £5 – 6.5 mil. ($6.4 – 8.4 mil.) and £2.3 – 2.8 mil. ($3 – 3.6 mil.) respectively. The former seems very expensive (perhaps a $1 – 2 million premium) although they may be expecting the same premium afforded the first LaFerrari to come to market while the Coupe is market priced at around the $3 million mark. The third supercar (likely from the same collection) is a 2012 Bugatti Veyron 16.4 Super Sport which needs little introduction although is offered here in 1200bhp/270mph/430kmh spec. Bugatti seem to attract an audience that like them to be bespoke so choose some wild colourschemes, no Ferrari owner would dare to be that bold, and this car is no different, offered in Chocolate Brown over Cognac. Bonhams are asking £1.4 – 1.9 mil. ($1.8 – 2.4 mil.) for this Veyron and this seems a bit rich, probably $200 – 300k too much, especially if the 20% EU import duties have to be added. 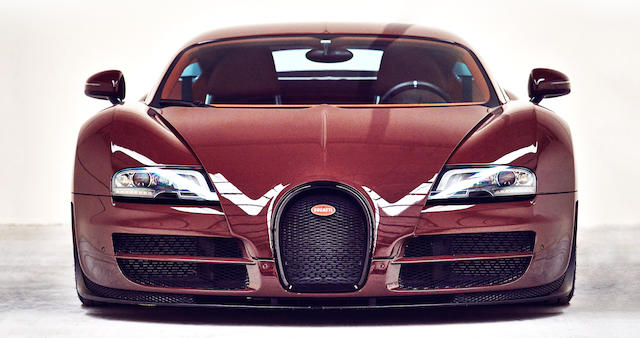 The works collection of royal Rolls-Royce is also on offer although these are an eclectic selection ranging across 50 years of the iconic British marque. Leading the way is the 1955 Phantom IV State Limousine on offer at £1 – 2 mil. ($1.3 – 2.6 mil.) which was one of a series built by Mulliner and Hooper for Royal use but retained by Rolls-Royce themselves although loaned to the Royal Household when needed. Delivered to the Royal Equerry in ’59 this car was sold back to Rolls-Royce when the Royal family no longer needed it (in ’99) and returned to its role in Rolls-Royces private collection. Any modern fans of the Royalty might note that this is identical to the car in which Meghan was driven on her wedding day and as such this is the very essence of a unique opportunity. Normal Phantoms are relatively rare but worth little although they don’t have either the Rolls-Royce or the Royal connection so I can see this one making the estimate range, maybe even more. Also on offer is a 1979 Phantom VI Limousine from the Rolls-Royce demonstration fleet which was also loaned to the Royal Household and is priced right at £400 – 600k ($520 – 780k). Further Rolls from the works collection include:

There are some delightful prewar cars on offer, my personal highlights are: Mid century cars abound and some are absolutely fascinating. Among the most interesting are: 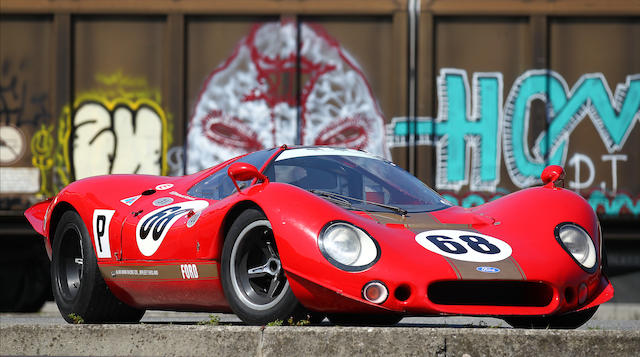 Modern classics range from race cars to supercars. Highlights are:

Affordable classics are a eclectic bunch. Highlights include: 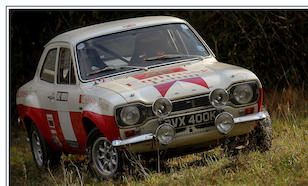 Bonhams Goodwood sale saw a select group of consignments on offer and almost a return to the glory days with $19.387 mil. worth selling, the fourth best result ever, based on a, pretty average for the sale, 65% sellthrough rate. What was interesting about this nearly $20 million sale is that most sales of this calibre have at least one true marque lot selling for $3 million or more whereas Bonhams achieved the figure with the top sale a $1.768 million Shelby Cobra, which means their gross per car was higher than average. Indeed that Shelby Cobra is one of the best examples extant with excellent contemporary race history in the hands of Tom Payne including two efforts at the famed Bahamas Summer meets, it also has impeccable provenance and mechanical heritage while the condition was perfect. This is one Cobra that would be welcome at any concours or race meet so if any Cobra was ever worth this amount its this car and good buying even at this mid estimate price.

As it was this sale was the first held under the auspices of the new ownership and was an absolute success.